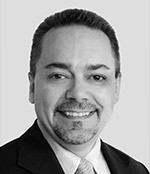 Tom Gentile is one of the world’s foremost authorities on stocks, futures, and options trading. Through the Fast Fortune Club, he’s been able to reach thousands of people who have profited immensely from his knowledge, stock picks, and other value-added products.

With nearly 30 years of experience in the securities industry, Tom is regarded as America’s #1 Trader. Known as a master of developing rules-based trading strategies to find the best stocks to buy now, he has invested millions of dollars to develop the most technologically advanced investing tools in the world.

In fact, those tools are awaiting patents. That’s how much Tom has advanced the securities industry for his readers.

And his readers have benefitted from this breakthrough programming by being introduced to trades worth millions of dollars in profits. Tom has created programs that help people all over the world execute highly profitable trades. Many of his students have gained seven-figure profits.

Tom Gentile: A Laudable History in the Stock Market

Starting his investment career from his parents’ home in 1986, Tom Gentile quickly climbed the ranks of the American Stock Exchange. In 1993, Tom and a group of partners started an educational company called Optionetics, which became a leader in the field of options education.

You might not know this, but thousands of people have attempted to start businesses in the options education fields, but few have succeeded. Why? Because they don’t provide valuable knowledge or advice. Tom is different.

Instead, he decided to further his education background by creating more tools, DVDs, books, and other assets for people all over the world to use.

Since 2009, Tom has taught more than 300,000 traders the specific secrets of spotting high-probability and low-risk trade opportunities, and now he is going to use his years of options experience to pick winners to share with you.

In June of  2015, Tom launched his options trading service The Money Calendar Pro, which uses his patent-pending Money Calendar tool to find double-digit winners on even the smallest stock price moves.

And in 2016, he introduced Weekly Cash Clock, which follows an unprecedented money-making pattern with the potential to double your money, in four days or less, week after week.

Weekly Cash Clock is the only service with weekly “profit alarms” set for every Friday.

Tom Gentile is an author and co-author of over a half-dozen books, including “The Options Course,” “The Volatility Course,” “The Index Course,” and “The Stock Market Course,” each of which is accompanied by a hands-on practice workbook.

Tom has also appeared on financial programs and been featured on CNBC U.S., Europe, and Asia, Squawk Box, Bloomberg, Reuters, and Fox Business with Neil Cavuto, and he’s a contributing columnist to Stocks and Commodities Magazine. Tom Gentile is also an accomplished radio personality with years of experience on the radio in Los Angeles. He currently hosts the “Tuesdays with Tom” hour on WHNZ in Tampa, and around the world on iHeart Radio.

Sign up for Money Calendar Pro to learn Tom’s tips on how to invest in the stock market, and Weekly Cash Clock to learn how to execute your own trades with minimum risk and maximum gains.