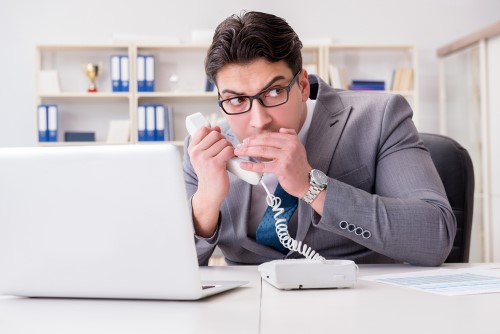 Some of the most prominent cases of insider trading involve the homemaker Martha Stewart and the group that came to be known as the Precognition Rat Pack involving Dennis Levine, Martin Siegel, Michael Milken, and Ivan Boesky. Insider trading can lead to significant fines and prison sentences.

What Is Insider Trading?

Insider trading can be both legal and illegal, which may prompt an investigation by the Securities and Exchange Commission (SEC). It is vital to know what insider trading is when investing in stocks and bonds.

The Securities Exchange Act of 1934 defines insider trading as buying or selling a public traded company stock by obtaining non-public information concerning that stock. An “insider” is someone who possesses valuable non-public information, such as a company’s board of directors, high-level executives, or a lower level employee. In addition, an “insider” can also be defined as someone who owns more than 10 percent of a firm’s stock.

In general, insider trading would be someone who capitalizes on their knowledge by basing their trades on that non-public material information. “Material” information is the likelihood that that knowledge would affect a company’s stock price once released.

Insiders are permitted to purchase shares of their own firm and any subsidiaries, granted the trades are not based on confidential information. However, the SEC has a strict procedure for corporate insiders to execute such trades. For example, they must file these trades with the SEC within two business days.

Insider trading can help influence the price movement of the stock. For instance, if the CEO purchases a large number of shares, the stock’s value may increase. To see this in action, take a look whenever Warren Buffett purchases shares in any company under the Berkshire Hathaway umbrella.

The first definition of insider trading that appears on Google is illicit insider trading. These are the cases that the SEC investigates and makes the news. Although “corporate insiders” are usually defined as someone who trades stock of their own company, such as managers and directors, there are also de-facto insiders.

A de-factor insider is an insider in practice. This is someone who is privy to private, material information from a source. Therefore, the definition of an insider trader is extended to friends, family members, business associates, or any person that has been “tipped” private information. Any trading that is done based on non-public material information undermines investor confidence. Thus, the SEC monitors, detects, and prosecutes all insider trading violations.

An example of illegal insider trading is if an employee overhears a meeting where the CFO is discussing the financial state of the corporation and that the company will be declaring bankruptcy. If the employee sells his shares right away or warns a friend to trade stocks before public disclosure, they would both be guilty of insider trading. 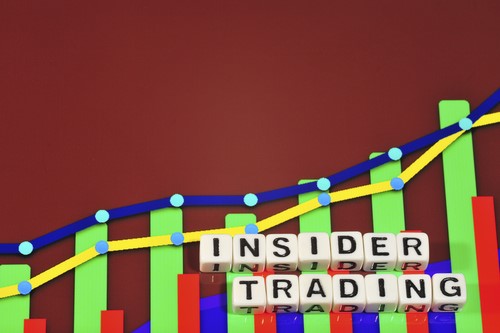 Learn to trade properly and know the regulations around insider trading. The SEC was created in 1934. Before the commission, state prosecutors in the superior courts prosecuted insider trading cases. By 1934, regulations tightened against inside traders.

The Securities Exchange Act of 1934 (SEA) was a landmark legislation that authorized the formation of the Securities and Exchange Commission (SEC). The SEC received broad authority over all aspects of the securities market, including the securities, such as stocks and bonds, as well as the markets and financial professionals, including brokers and dealers. Its purpose was to ensure greater financial transparency and monitor the market for fraud or manipulation.

This rule prohibits any act or omission that results in fraud in connection with the purchase or sale of a security.

This rule resolved the issue about whether someone is liable for illegal insider trading if he or she traded while in possession of insider information and whether or not they used this insider knowledge for trading purposes. This clarification allows corporate insiders to make predetermined trades by using a 10b5-1 plan to avoid insider trading accusations.

This section clarifies how the misappropriation rule applies to particular non-business relationships.

This Sanctions Act allows the SEC to seek civil penalties from those found guilty of insider training, up to three times the amount of profit or loss, as well as levies criminal charges and fines. Prior to this Act, the gains a trader could make as a result of insider trading could outweigh the potential financial penalties. These sanctions shifted the emphasis from the compensation of losses to punishment for violators.

With the increase of high-profile insider trading cases, President Ronald Reagan signed the Insider Trading and Securities Exchange Act of 1988. This Act allowed the SEC to fine up to three times the profit or $1 million coupled with jail time.

If someone is found guilty of insider trading, the penalty is prison, a fine, or both. In the United States, a conviction may lead to criminal penalties with a maximum fine of $5 million or $25,000,000 for non-natural persons, such as an entity with publicly traded securities. This fine may be coupled with a maximum prison sentence of up to 20 years.

In the past, there have been several high-profile insider trading cases that have resulted in hefty fines and prison sentences.

In 2001, Martha Stewart sold 4,000 shares of ImClone, a biotech company. Two days later, when the Food and Drug Administration (FDA) announced its rejection of ImClone’s new cancer drug, Erbitux, the company’s stock fell 16 percent. By selling her shares in the company before the FDA’s announcement, Stewart prevented a loss of $45,673. Instead, she profited nearly $250,000.

Stewart was friends with CEO Samuel Waksal. She did not know the FDA’s decision, but only that Waskal had sold his shares. Her decision to sell did not violate any duty but instead was a breach of her broker’s duty because she acted on a tip.

Waskal was fined $4.3 million and sentenced to more than seven years in prison. Insider trading charges against Stewart were dropped, and securities fraud charges were dismissed. Stewart was sentenced to 5 months of prison for obstruction of justice because of her lies to cover the facts surrounding her trade. She also paid a fine of $195,000 to the SEC for a separate, but related case and was forced to step down from her own company for five years.

Ivan Boesky would invest in a firm’s stock right before the company would be approached for a takeover. When the offer would be made public, the firm’s stock would shoot up, and Boesky would then sell his shares for a profit. However, Boesky knew of these unsolicited offers because he paid Dennis Levine and Michael Milken, who were at the center of mergers and acquisitions at major investment banks.

The SEC became suspicious when Boesky consistently made millions on nearly every significant deal of the 1980s. Eventually, Levine’s Swiss bank account was discovered, and then the dominos fell. Levine gave up Boesky, which led the SEC to Martin Siegel and Michael Milken.

The first domino, Levine, received a two-year sentence and an $11.6 million fine. Boesky was sentenced to three years in prison and paid $100 million to settle civil insider trading charges. Martin Siegel cooperated with other government investigations and received two months imprisonment and five years of probation. His guilty plea involved a fine of $9 million and forfeiting $10 million in bonus and stock owed to him by Drexel, the investment bank that he worked at. Finally, Milken was sentenced to ten years imprisonment, fined $600 million, and was permanently barred from the securities industry.

How to Avoid Insider Trading

The main principle of illegal insider trading is trading with knowledge that is not public. Follow the SEC’s rule and avoid putting yourself at risk when investing in stocks and bonds.

Many cases of illegal insider trading have been purposeful and with the motive to profit financially. The SEC prosecutes all parties that fit the insider trading definition with both criminal and civil punishments. Its purpose is to protect the integrity and transparency of the stock market so that investors can be confident that their trades are fair.

To learn how to trade, subscribe to the Money Calendar Alert. Multimillionaire Tom Gentile can show you how to profit from the stock market immediately.